drag
Everybody’s Talking About Jamie
Little Birds
The Virtues
Ghost Stories
Yardie
The Death and Life of John F. Donovan
The Last Panthers
This is England ’90
’71
Dead Man’s Shoes
Southcliffe
Snowtown
Berberian Sound Studio
The Stone Roses: Made of Stone
For Those in Peril
This is England ’88
Kill List
Tyrannosaur
This is England ’86
Four Lions
She, a Chinese
Submarine
Hush
All Tomorrow’s Parties
Le Donk and Scor-Zay-Zee
Bunny And The Bull
Donkey Punch
A Complete History of my Sexual Failures
Arctic Monkeys at the Apollo
Grow your Own
This is England
drag
00 / 00close
Ghost Stories

The film is produced for Warp Films by Claire Jones (Sightseers, Kill List), and Robin Gutch (’71, Kill List) and is backed by Catalyst Global Media and Screen Yorkshire. Altitude Film Sales is handling worldwide sales. Lionsgate will distribute the film in the UK/Eire. Principal photography began on October 24th and is scheduled to last for 5 weeks in Yorkshire.

Jeremy Dyson & Andy Nyman said of the project, “Over half a million people have seen the play and now we are beyond excited to be bringing the film version of ‘Ghost Stories’ to life. We adore supernatural thrillers and will be doing our utmost to ensure we give our audience an unforgettable experience that makes them laugh, scream and haunts their dreams”.

Martin Freeman added, “I’m delighted to be on board Ghost Stories. Andy and Jeremy’s script is funny, scary and extremely surprising. And they have amazing taste in actors”.

Phillip Goodman, professor of psychology, arch-skeptic, the one-man ‘belief buster’ – has his rationality tested to the hilt when he receives a letter apparently from beyond the grave. His mentor Charles Cameron, the ‘original’ TV parapsychologist went missing fifteen years before, presumed dead and yet now he writes to Goodman saying that the pair must meet. Cameron, it seems, is still very much alive. And he needs Goodman to find a rational explanation for three stories that have shaken Cameron to his core. As Goodman investigates, he meets three haunted people, each with a tale more frightening, uncanny and inexplicable than the last.

Jeremy Dyson is best known as a member of sketch comedy team ‘The League of Gentlemen’ along with Mark Gatiss, Steve Pemberton and Reece Shearsmith which started as a stage act and went on to become a BAFTA Award-winning TV series. He also co-wrote and directed Sky Arts hit series ‘Psychobitches’, which won the 2015 Rose D’or for Best Comedy.

Andy Nyman‘s acting career has included roles in many films including The Commuter, Death at a Funeral, Kick Ass 2, Severance, Automata and Black Death. TV credits include ‘Peaky Blinders’, ‘Dead Set’, ‘Ballot Monkeys’ and ‘Power Monkeys. Nyman is a co-writer and director of magician and illusionist Derren Brown’s TV and stage shows including Russian Roulette, Séance, and Messiah. Their collaborations have been nominated for and won both BAFTA and Olivier awards.

The stage production of Ghost Stories broke box office records when it opened at the Liverpool Playhouse and Lyric Hammersmith before transferring to the West End’s Duke of York’s theatre and later playing Toronto, Moscow, Sydney, Shanghai and Lima, Peru.

Altitude Film Sales will be selling Ghost Stories at the AFM, office #863 at the Loews Hotel, Santa Monica. For further information please contact 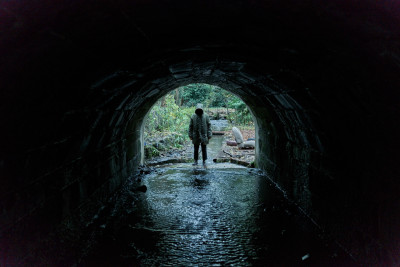 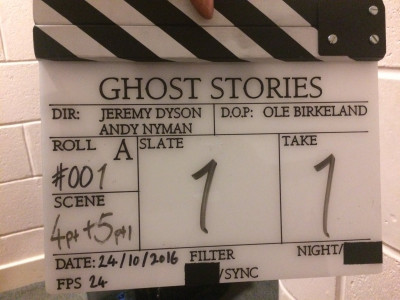