drag
Everybody’s Talking About Jamie
Little Birds
The Virtues
Ghost Stories
Yardie
The Death and Life of John F. Donovan
The Last Panthers
This is England ’90
’71
Dead Man’s Shoes
Southcliffe
Snowtown
Berberian Sound Studio
The Stone Roses: Made of Stone
For Those in Peril
This is England ’88
Kill List
Tyrannosaur
This is England ’86
Four Lions
She, a Chinese
Submarine
Hush
All Tomorrow’s Parties
Le Donk and Scor-Zay-Zee
Bunny And The Bull
Donkey Punch
A Complete History of my Sexual Failures
Arctic Monkeys at the Apollo
Grow your Own
This is England
drag
00 / 00close
For Those in Peril

Aaron (George Mackay) is the lone survivor of a fishing trip that claimed the lives of five men including his older brother, Michael (Jordan Young). Unable to remember the details of their trip, and feeling the weight of the community’s collective grief, Aaron’s sense of helplessness escalates into the belief that Michael and the other men somehow survived. Beautifully shot and sensitively performed, Paul Wright’s folkloric film imaginatively explores love and loss. For Those in Peril was selected for Critics week at Cannes 2013. 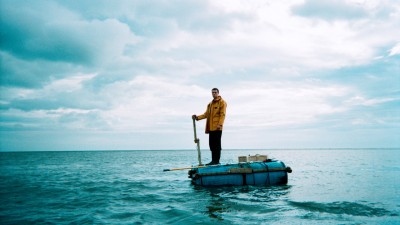